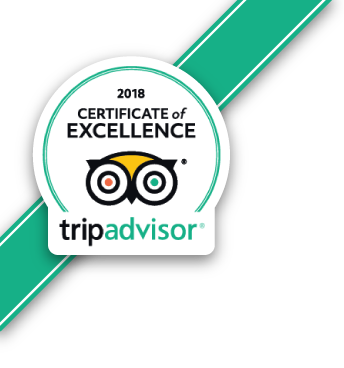 The Italian courses continue even ‘beyond the classroom’!
Academya Lingue organises many extracurricular activities during which the students will have the opportunity to continue practising their Italian.

The cultural activities include – always with one of the school’s teachers – visits to monuments and historical palaces (of which the University and the Archiginnasio, the Palazzo del Comune, the Two Towers, the Teatro Comunale, etc.), churches and cathedrals (of which San Petronio, Santo Stefano, San Domenico, San Francesco. San Luca, etc.), old villas, museums, exhibitions and works of art, viewing films, plays or symphonies, concerts, book readings with following debates, book launches and other activities which each time will be suggested to the students.

Here are some of the more frequent cultural activities (and most loved by the students!) that will be waiting for you in Academya Lingue:

Tour of Palazzo d’Accursio
Together we will visit this beautiful palace (the historical seat of the town hall of Bologna) and admire some of its magnificent rooms, amongst which the Sala d’Ercole (the Hall of Hercules), the Sala Farnese (the Farnese Hall), the Cappella Farnese (the Farnese chapel) and the suggestive Sala Rossa (the Red Hall).

Tour of the Civic Art Collections
Together we will visit the beautiful art collections in the town hall of Bologna. The collections include: 250 paintings, from medieval paintings up to contemporary art which document a fertile and vibrant artistic process; objets d’art; pieces of furniture; porcelains; textiles; laces; embroideries; miniatures and important medieval wooden crucifixes deriving from the churches of the area around Bologna.

Tour of the cathedral of St Petronio
We’ll visit together the famous Cathedral of San Petronio, dedicated to the patron saint of the town of Bologna – St Petronio. Begun in 1390, just after the construction work on the Duomo of Milan had begun (1386) it represents the last major work in Italy in International Gothic style.

Tour of the Music Museum
In the beautiful setting of Palazzo Sanguinetti – in the historical centre of Bologna – among splendid frescos from the 18th and 19th centuries, we will discover together the museum’s extraordinary collection of musical intruments, paintings, books and operatic librettos.

Tour of the Sala Borsa
Together we will discover the wonders of Sala Borsa, a gorgeous multimedia library within Palazzo d’Accursio. We will walk you through the history of this unique place with a visit to the Roman excavation site (still visible under the library’s transparent flooring), a suggestive testament of ancient civilizations.

Tour of the Complex of Santo Stefano
Together we will visit the fascinating and picturesque Complex of Santo Stefano, one of the most important examples of Romanic architecture in Northern Italy, which articulates itself in a series of sacred buildings (churches, chapels and monasteries) in front of which lies the triangular square that takes the same name, with its characteristic pebbled paving within the unique frame of historical palazzi.

Tour of the Museum of the History of Bologna
A great past in a museum of the future. We will visit Palazzo Pepoli, headquarters the new museum dedicated to the history of the town, and discover through an interactive and multimedia tour, the history and transformations that Bologna has undergone from the Etruscan Felsinea to the modern-day town that we see and live today. Created by the architect Mario Bellini, it’s a very innovative project that puts art and design at the service of culture and memory.

Visit to Palazzo Fava (now known as Palazzo delle Esposizioni) and to its magnificent Renaissance cycle of frescos
Frescoed on the piano nobile (the first floor) by Annibale, Agostino and Ludovico Carracci in 1584, Palazzo Fava represents one of the most important examples of narrative painting or cycle of frescos of the Renaissance period. Amongst the various frames which illustrate different episodes of life, the episode of the “Incanti Notturni di Medea” (“Medea’s Nightly Enchantments”) stands out as it has been defined as the first modern nude in Italian history of art.

Visit to San Colombano ( the Tagliavini Collection)
San Colombano is a religious complex built from a series of buildings consolidated together in the 7th century. The most ancient nucleus is formed by the church, founded in 610 by Pietro I, bishop of Bologna, disciple of the monk Columban. Considered as a true artistic gem, San Colombano hosts an extraordinary collection of ancient musical instruments and a splendid specialised library.

Visit to the Pinacoteca Nazionale
Together we will visit the marvellous Pinacoteca Nazionale di Bologna which is located within the ex-Jesuit Novitiate of Sant’Ignazio in the University quarter, in the same historical building that houses the Academy of Fine Arts.

Tour of the Complex of San Domenico
Situated in the heart of Bologna, the Basilica of San Domenico and the adjacent Ghisilardi chapel, with the marvellous square, which they both face, represent one of the most important architectural complexes that this stunning town has to offer.
We will visit these Italian architectural masterpieces together where we will admire some of the works by some of the greatest Italian artists such as Nicola Pisano, Niccolò dell’Arca, Guercino, Michelangelo, and many more important artists and sculptors over a timespan of many centuries.

Tour of the Basilica of San Francesco
The first example in Italy of Gothic architecture, the Basilica of San Francesco was built between 1236 and 1254 on the initiative of the Franciscan community and of Bernardo di Quintavalle, one of the first disciples of Saint Francis of Assisi.
The Basilica offers an ensemble of different styles that span from Romanic to International Gothic up to Early Renaissance. The breezy cloisters (that date back to the 14th and 15th centuries) in the next-door convent are also beautiful and worth a visit.

Tour of the Palazzo dell’Archiginnasio
Together we will visit the Palazzo dell’Archiginnasio, the historical seat of the University of Bologna up to 1803 and which is a splendid example of Late Renaissance architecture. Nowadays this magnificent palazzo – with its double-cloistered internal courtyard, the historical rooms and the suggestive Anatomical Theatre – is the home to one of the most prestigious libraries in the country.

Tour of Palazzo Poggi, current headquarters of the University of Bologna – Alma-Mater Studiorum
A spectacular example of Bolognese Late-Renaissance architecture. Its eight halls on the piano nobile (first floor) decorated with friezes by Prospero Fontana, Nicolò dell’Abate and Ercole Procaccini, the ceilings by Pellegrino Tibaldi on the ground floor and the numerous grotesque frescos make this palazzo one of the most fascinating decorative complexes in Northern Italy.

Tour of the Modern and Contemporary Art Museum MAMbo
We will visit the Modern and Contemporary Art Museum of Bologna (MAMbo – Museo Arte Moderna Bologna) which, with its 9.500 sqm dedicated to visual and experimental culture, represents a prestigious critical laboratory and production centre of interdisciplinary contemporary culture.
The museum’s permanent collection reminisces Italian history of art from the 2nd post-war period up to now and – through a constant increase of its patrimony, guaranteed by restoration, new acquisitions, donations and loans – it continues to be the object of research and development.

Walk and visit to the Monastery of San Michele in Bosco
Rich in artwork – amongst which we can find “La cena di Gesù e Maria” (“The dinner of Mary and Jesus”) painted by Giorgio Vasari and the two cloisters frescoed by Ludovico Carracci – and surrounded by a beautiful secular park with a marvellous view of the town of Bologna. 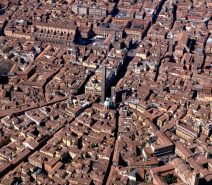 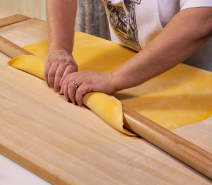 Always with the participation of a school te... 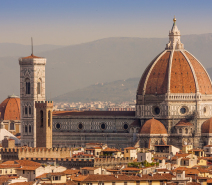 Day trips – always with the participation ...

A cookie is a small text file that a website saves on your computer or mobile device when you visit the site. It enables the website to remember your actions and preferences (such as login, language, font size and other display preferences) over a period of time, so you don’t have to keep re-entering them whenever you come back to the site or browse from one page to another.

Usage: We use this cookie just to remember your language selection during navigation to proper show contents in the language you choose

Expiration: the session cookies are deleted when the browser is closed, the others will last from 1 day to 2 years after setup/update

Usage: These cookies are used by the AddThis sharing service to track visitors shares

You can control and/or delete cookies as you wish – for details, see aboutcookies.org. You can delete all cookies that are already on your computer and you can set most browsers to prevent them from being placed. If you do this, however, you may have to manually adjust some preferences every time you visit a site and some services and functionalities may not work.